Our first dramatic reading of a staged play. We cooperated with the Old Town Library and with Zuzana Bírešová with whom we have continued to work ever since. We brought several scenes to The Reading Room at the Medical Gardens and they were performed by teachers from the Bridge. It was the spark that inspired us and showed us that to do theatre in English is not such a bad idea after all. 🙂

He is a world renowned contemporary American playwright. He has won many prestigious awards including an OBE and a Pulitzer for the best drama of the year. In 1981 he wrote the screenplay for the movie The Postman Always Rings Twice. His screenplay for the movie The Verdict was Oscar nominated. In 1984 he has won the prestigious Pulitzer award for the play, Glengarry Glen Ross.

This play is a probe into intrigue and celebrity surrounding the movie industry. Its quick fire repartee is filled with humour and satire giving this media themed drama more than a hint of credibility. 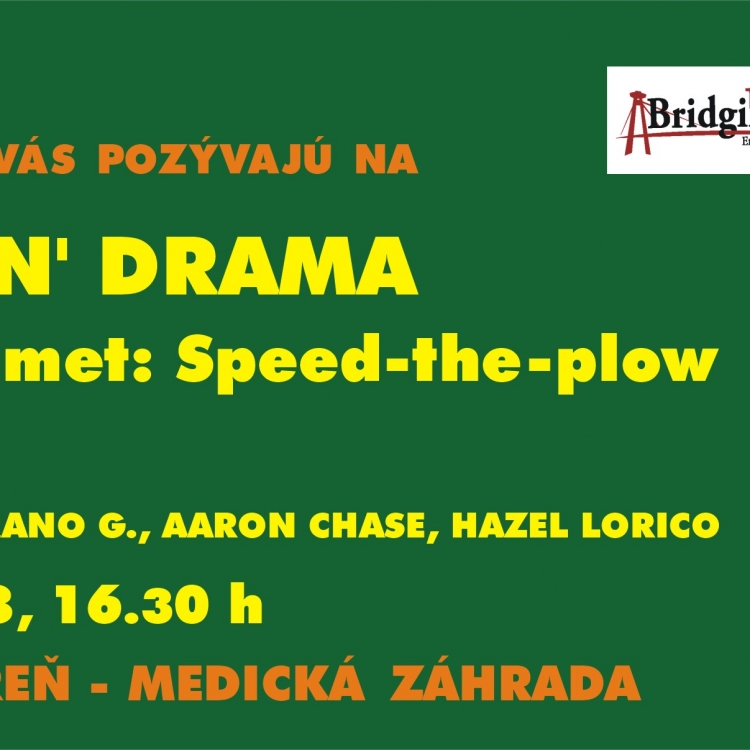 Adapted and directed by: Zuzana Bírešová